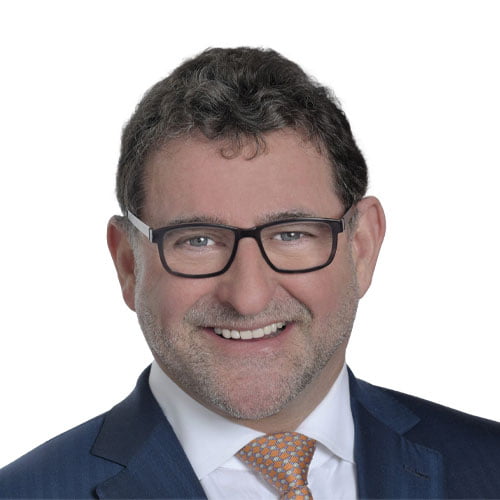 “Every day practicing immigration law reminds me that we are all fragile human beings, seeking to protect families and improve lives.”

While America is certainly a nation of immigrants, Bernie recognizes that one has to personally endure the immigrant experience to really understand what it means. Having gone through this, he has a deep appreciation for what his clients face, in terms of both anxiety and exhilaration. At the age of 24-years-old, Bernie was involved in the anti-apartheid movement in South Africa, where he left everything behind and moved to Boston. After winning his political asylum case, Bernie headed to California to continue his passions for surfing and practicing law.

Originally hired as a corporate and securities associate, he increasingly volunteered to work on celebrity immigration cases, and it became immediately apparent immigration law was far more interesting and rewarding. After working with two top firms, Bernie started the Wolfsdorf Rosenthal LLP over 25 years ago, growing it into one of the largest specialty immigration practices in the United States with offices in Los Angeles and New York City. The 2011 and the 2010 editions of the International Who’s Who of Business Lawyers named Bernie the “most highly rated immigration lawyer in the world,” stating “[Mr. Wolfsdorf] received more votes from clients and peers worldwide than any other lawyer.” Bernie has been recognized as “an undoubted leader” and as “one of the prestigious names in the field” who “knows his stuff back to front.” The Chambers Global World’s Leading Lawyers for Business guide noted Mr. Wolfsdorf’s “outstanding consular law practice” and called him a “cutting-edge thinker.”

Bernie has devoted himself to leadership of the 11,000 member American Immigration Lawyers Association (AILA) culminating in his serving as national president. AILA is committed to promoting justice, advocating for fair and reasonable immigration laws, and to advancing the quality of immigration practice. It has been extremely fulfilling for Bernie to perform this mission. The National Lawyers Guild Immigration Project honored him for the work he does on behalf of immigrants’ rights. Coming from a family of immigrants, and being an immigrant himself, Bernie understands the immigrant perspective and the contribution they offer.