Petitioners must send Form I-751 to a USCIS Lockbox facility.

USCIS has automatically extended the validity of certain employment authorization documents issued under the temporary protected status designations of Somalia and El Salvador.

Among other things, Mr. Sessions said more IJs will be added by the end of this calendar year, “with a goal of seeing a 50 percent increase in the number” of IJs since the beginning of the Trump administration.

5. Pro Bono: Visit to a Remote Detention Facility in Georgia

Sophia Genovese, an attorney with Cyrus D. Mehta and Associates, PLLC, traveled to a remote detention facility in Folkston, Georgia, along with several others to provide pro bono legal assistance to detained asylum-seekers in their bond and parole proceedings.

Among his many professional affiliations and recognitions, Bill was a long-time member of the Alliance of Business Immigration Lawyers, where he was highly respected and beloved.

7. New Publications and Items of Interest

New Publications and Items of Interest

A rule about to be proposed by the Trump administration would punish immigrants who use welfare, the Alliance of Business Immigration Lawyers said. The rule, which has become available through leaked drafts, is still in the works, but would disqualify immigrants from obtaining green cards or seeking or renewing temporary visas if they or their dependents, including their U.S. citizen children, have received one or more of a broad range of public benefits.

For over a century, U.S. immigration laws have sought to keep out immigrants who are likely to become a “public charge,” meaning a foreign national who depends on government benefit programs. According to a leaked draft of a new proposed rule, the Trump administration plans to authorize federal officials to broaden their interpretation of what constitutes a public charge. According to an analysis of the draft rule by the Migration Policy Institute at https://www.migrationpolicy.org/news/through-back-door-remaking-immigration-system-expected-public-charge-rule, nearly half of the U.S. noncitizen population could be at risk of a public-charge determination, up from the current 3 percent. The analysis notes that under current rules, only immigrants who primarily depend on cash benefits or who are in government-funded, long-term institutional care are considered public charges. The proposed policy, however, could disqualify immigrants from obtaining permanent residence or seeking or renewing a temporary visa if they or their legal dependents, including U.S. citizens, received one or more of a broad range of public benefits.

Attorneys from the Alliance of Business Immigration Lawyers (ABIL) are fielding many questions regarding this proposal, and are assuring clients that this is just a draft leaked rule. As such, any changes will come out first as a proposed rule, with time for comments. It could be a year or longer until any new rule is finalized. Moreover, any final rule could be immediately subject to litigation.

ABIL advises all applicants to comply with current rules. For example, California residents may be required to sign up for medical insurance under the Affordable Care Act. Even if that were to change under a final rule, the requirement still needs to be complied with at this time. 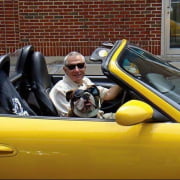 Among his many professional affiliations and recognitions, Bill was a long-time member of the Alliance of Business Immigration Lawyers, where he was highly respected and beloved.

William Reich, “Bill” to his friends, began life as the child of Holocaust survivors. He was born in Tel Aviv on October 5, 1947, about seven months before the State of Israel was established in May 1948. In 1956, at age nine, he and his family emigrated to Guatemala. Two years later, speaking only Spanish and Hebrew, they made their way to New York City and began a life as recent immigrants.

In the beginning, Bill’s knowledge about his new country came mostly from the movies, but he quickly learned its language and customs. As so many immigrant children do, he helped his parents navigate the complexities of life in a bustling American city. Growing up in the boroughs, wearing second-hand clothing, and becoming aware of his parents’ immense sacrifices to ensure his and his sister’s success in their chosen land, Bill developed a lifelong appreciation for immigrants. He understood and empathized with their struggles, and he counted himself fortunate to be a part of their ongoing journeys.

At age 17, in 1964, Bill became a U.S. citizen. After graduating from Queens College, he left the big city and attended law school in Buffalo, a place he came to love and never left. In 1974, he joined the Buffalo law firm that would come to be known as Serotte Reich, where he began his career practicing criminal law and litigation. But his passion for immigrants prevailed, and soon he introduced his firm to the growing and dynamic field of immigration law. Four decades later, Bill had become recognized as one of our nation’s top legal strategists in immigration law, particularly when solving complicated and challenging waiver and border cases. Many immigration lawyers across the United States sent their toughest cases to Bill to resolve. While never offering guarantees, he turned immigration disasters into successes, allowing foreign students to fulfill their dreams and finish school, helping separated families to be reunited, and transforming many near tragedies into cases with miraculous endings. Bill sought out and relied on the good graces of fair and kind adjudicators, and found discretion in places where everyone else had given up hope. As one close colleague recently said, “If any lawyer could fit a square peg in a round hole, it was Bill.”

Bill was generous with his knowledge, frequently mentoring other lawyers, speaking at regional and national conferences hosted by the American Immigration Lawyers Association and other groups, giving numerous media interviews, and publishing many articles dealing with the trans-border movement of business personnel under the North American Free Trade Agreement as well as unique immigration issues faced by border practitioners. Among his many professional affiliations and recognitions, Bill was a long-time member of the Alliance of Business Immigration Lawyers, where he was highly respected and beloved.

As well as being a brilliant and passionate immigration lawyer, Bill was a deeply honest, genuine, and kind person. He was ethical and considerate and he inspired his colleagues to be both good lawyers and good human beings. His zest for life was evident to all who knew him. He drew upon the challenges he and his family faced as new arrivals to this country and embodied the indomitable immigrant spirit. Bill’s was the ultimate success story, as he committed himself to fighting for the rights of those immigrants and refugees who followed in his family’s footsteps. He was a giant in his field who lifted up many others. He will be deeply missed.

Rest in peace, Bill and Shlomo!

2. USCIS Extends, Expands Suspension of Premium Processing for Certain H-1B Petitions; Increases Premium Processing Fee -USCIS announced that it is extending the temporary suspension of premium processing for cap-subject H-1B petitions and, beginning September 11, 2018, will expand this temporary suspension to include certain additional H-1B petitions. USCIS said it estimates that these suspensions will last until February 19, 2019. USCIS is also raising the fee for premium processing.

4. USCIS Updates Guidance, Accepts Comments on Regional Center Geographic Area – USCIS is updating guidance and accepting comments regarding a regional center’s geographic area, requests to expand the geographic area, and how such requests affect the filing of Form I-526 petitions.

6. ABIL Global: Canada – On July 31, 2018, amendments to Canada’s Immigration and Refugee Protection Regulations providing for the expansion of biometric information collection for foreign nationals seeking to enter or remain in Canada entered into force.